«He was an inventor, an engineer and an entrepreneur.
He never gave up»

Tom Williams, chairman and CEO of Parker Hannifin, of the man who founded Parker Appliance Company 100 years ago with his partner Carl Klamm. 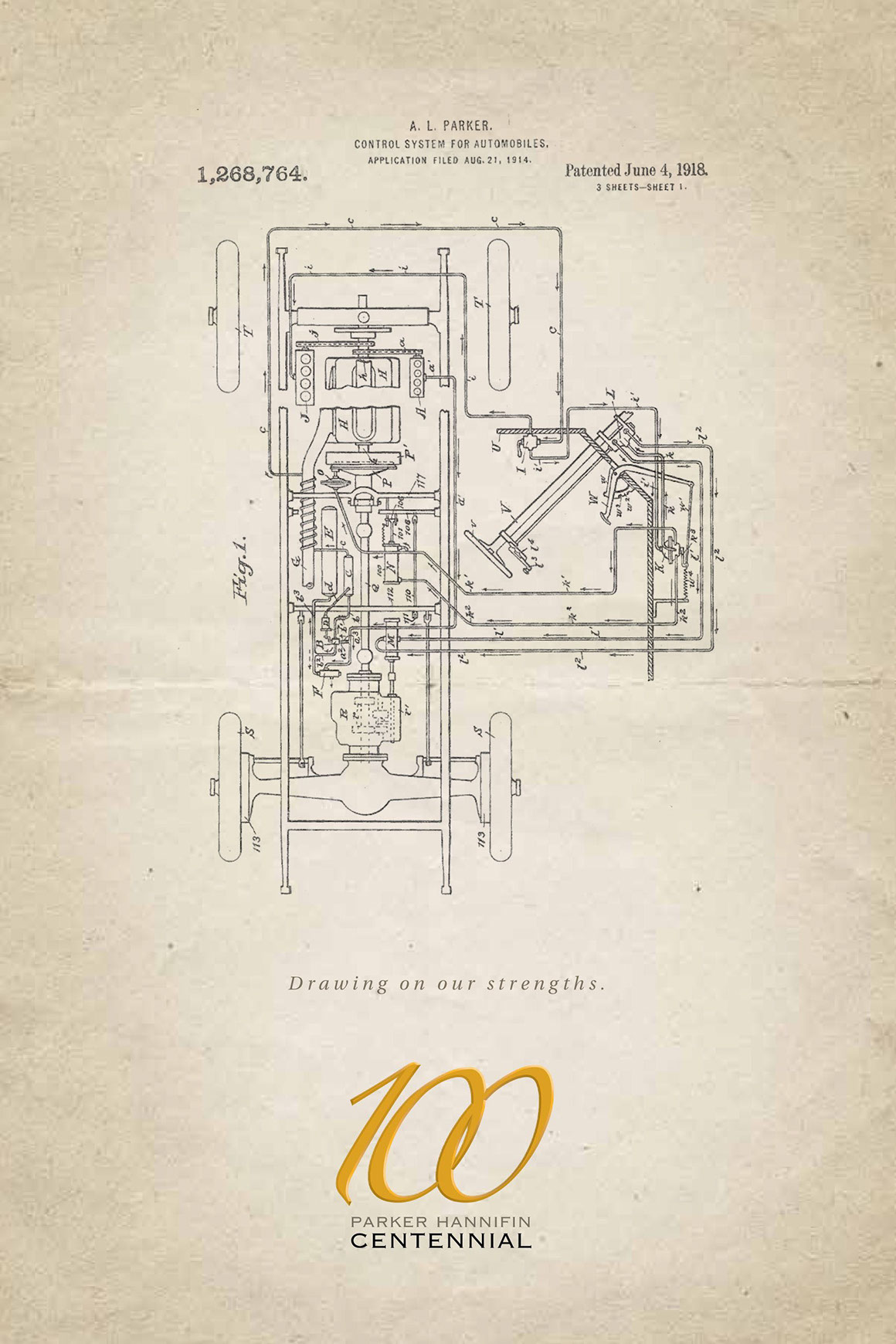 Nearly 10 years before the founding of the company, Arthur Parker receives a patent for a device that provides hydraulic control on machinery. The first of his nearly 160 patents.

A journey 100 years long, from a two-person company, without a single customer, to a global leader in motion and control technologies - a way of success and sometimes failures. But through it all one thing has guided the company: the entrepreneurial spirit and innovation.

The term "innovation" can be defined as something original and more effective and, as a consequence, new, that "breaks into" the market or society.

Having invented pneumatic brakes for trucks but having found no customers, Parker took the company demonstrator, hitched on a trailer containing his entire inventory, and set out from Cleveland to a trucking trade show in Boston (1919).

Today we all think trade shows are expensive. Parker’s first led to the company’s bankruptcy. The truck crashed down a mountain side, taking Parker Appliance Company’s entire inventory with it.

Throughout its innovative history, Parker has been awarded more than 8,000 patents for industry-changing components and technologies. 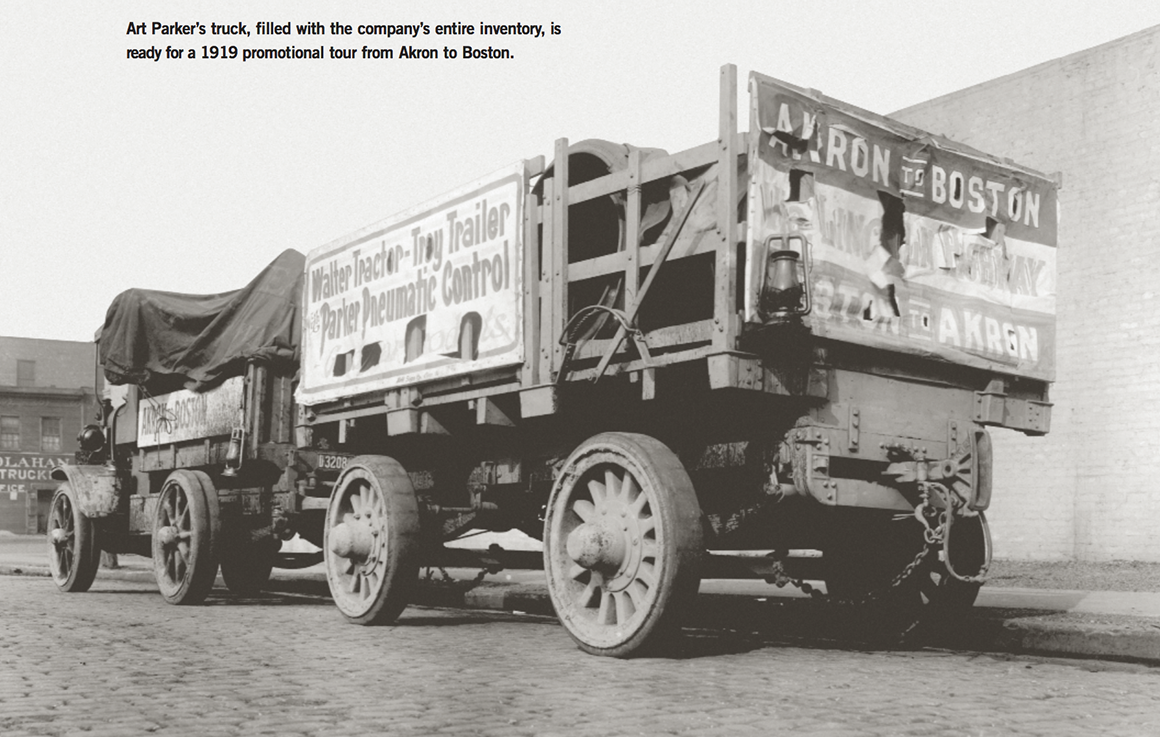 An idea which occurred to one man, with time will have an impact on the lives of millions. A system of pneumatic brakes for safe and efficient operation of heavy transport and buses based on a concept of compressed area as a source of energy started a technology of motion control which today touches practically everyone.

In 1924, in an effort to restart the company, Arthur Parker files for a patent for a two-piece flared tube fitting.

When filing the patent application for his invention in February 1925, Arthur Parker wrote the following:

«The objects of the invention are to provide an improved coupling of simple form and capable of quantity production at low cost; to provide a very tight joint between the tube and coupling members, which will withstand practically any pressure without leaking and which eliminates or greatly reduces the undesirable effects of vibrational strains transmitted from tube to coupling. …»

The new fitting, which could be used in thousands of applications, would be the foundation for the new Parker Appliance Company. Along with Detroit Edison and Goodyear Tire and Rubber, the U.S. Navy adopts the use of the Parker flared tube fitting.

Arthur Parker begins his intense study of the aviation industry and works with its pioneers - Parker fittings and valves become widely popular.

Parker Appliance’s aviation innovations gained recognition after Charles Lindbergh’s famous transatlantic flight from New York to Paris with Parker’s fuel system on board his plane, the Spirit
of St. Louis. 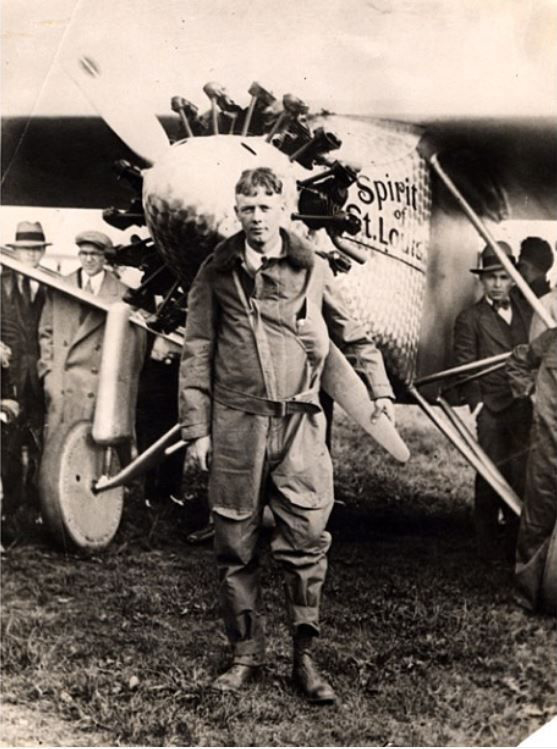 The original aircraft which made 174 flights - 489 hours and 28 minutes in total - is displayed in the Nationbal aviation and space museum in Washington. This historic event marks the beginning of Parker’s remarkable and long term relationship with the aerospace industry. 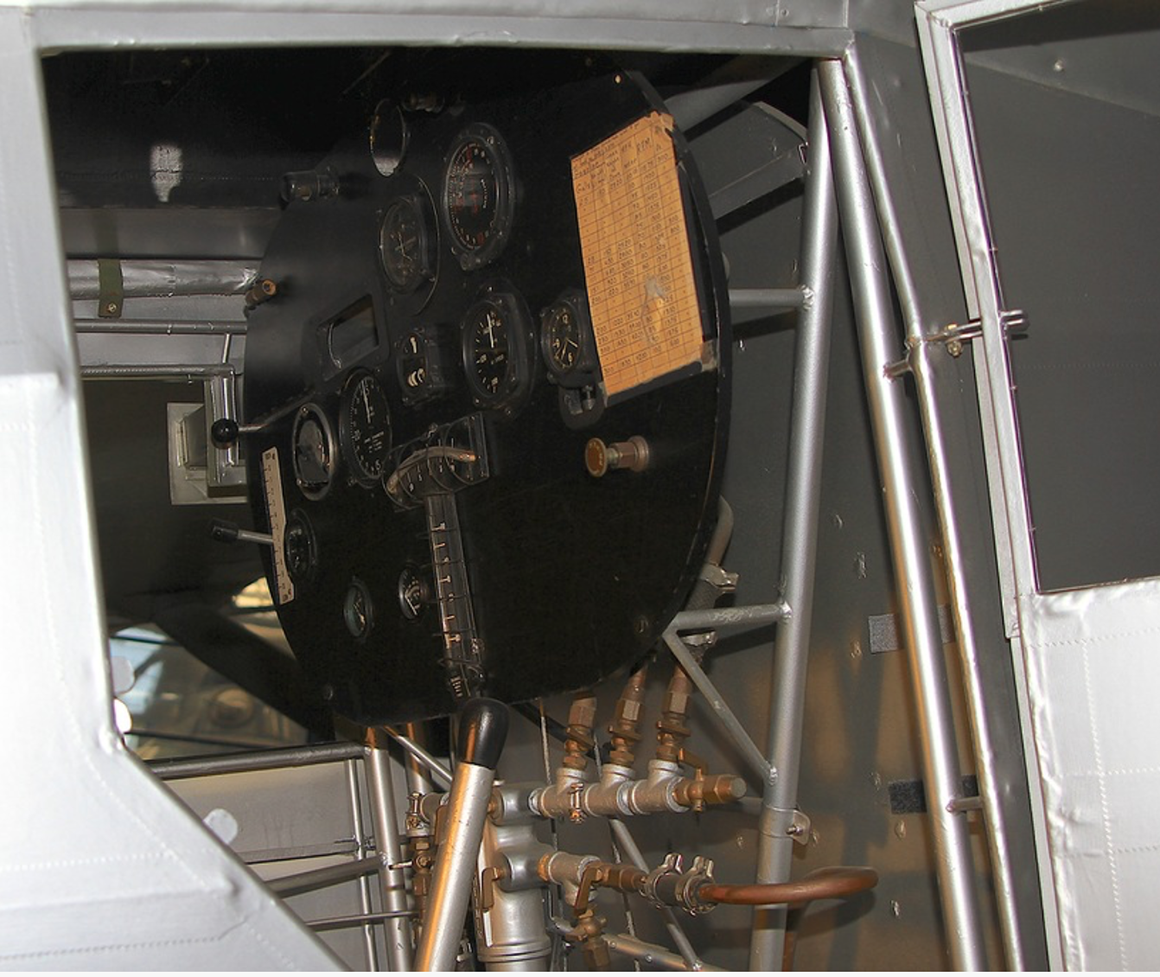 Parker fittings below the dashboard
of the «Spirit of St. Louis»

It is not widely known that at the beginning of the last century Cleveland was a sort of a hub for early achievements in the aviation industry of the United States.
He supplied his patented and leakproof fuel system fittings to the Glenn Martin Company, the largest aircraft company in America in Cleveland in the early 1920s. The quality of his equipment was appreciated by Martin’s chief airplane designer, Donald Douglas, who would found Douglas Aircraft; a contact with Bill Boeing developed into cooperation and winning another company that is still a major customer today.

Today Parker is a global leader of systems and components used on most commercial and military aircraft in production in the world today. Parker technology includes advanced flight control, hydraulic, fuel, inverting, fluid conveyance, thermal management, pneumatic, and lubrication equipment, and a lot of other products. 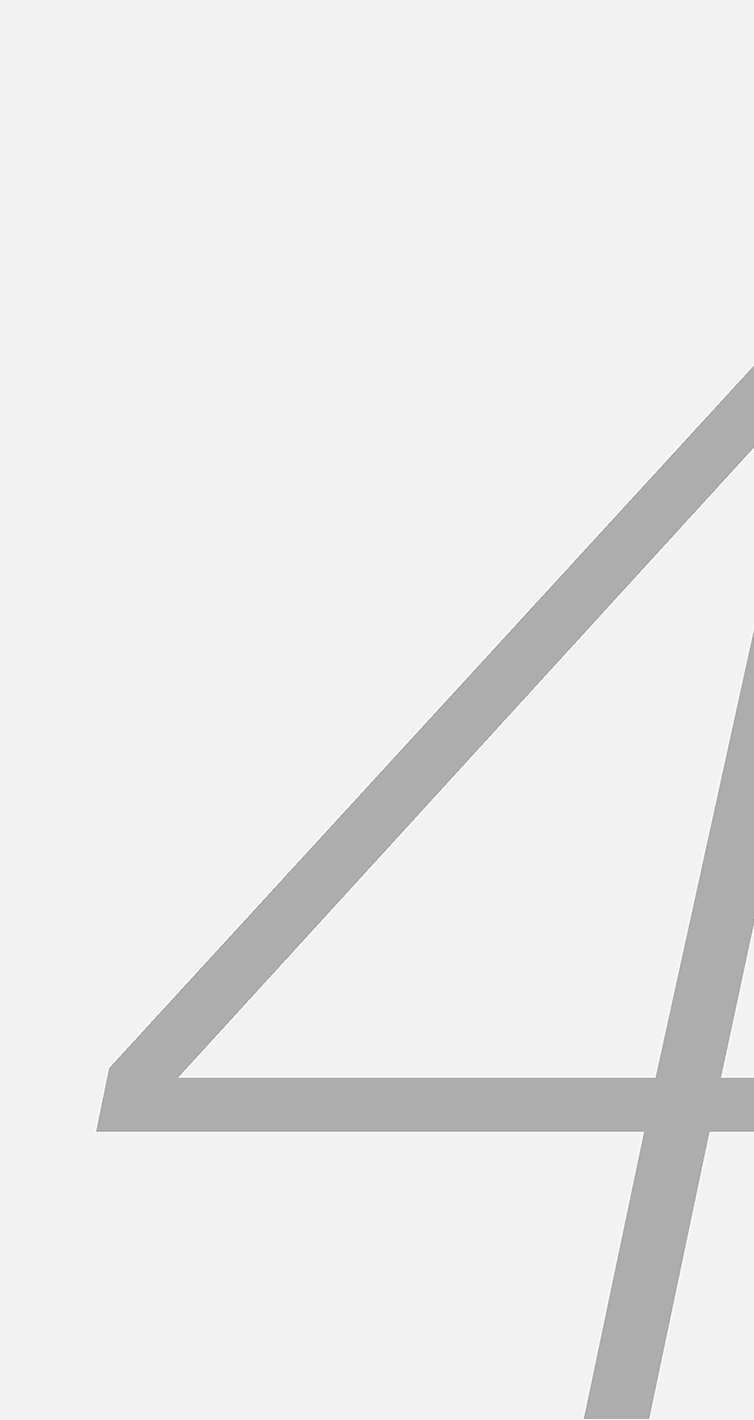 The 50s were the time of growth for Parker Appliance, and a period where decentralized management became the core principle that would drive the company. The Parker Appliance creed included
4 basic points:

Parker Appliance Company used marketing materials, such as this page from its “To Turn Ground Time into Flight Time” bulletin, to promote its underwing fueling equipment, circa 1950s.
This innovation allowed aircraft to accept up to 200 gallons of fuel per minute (~757 l/min.). 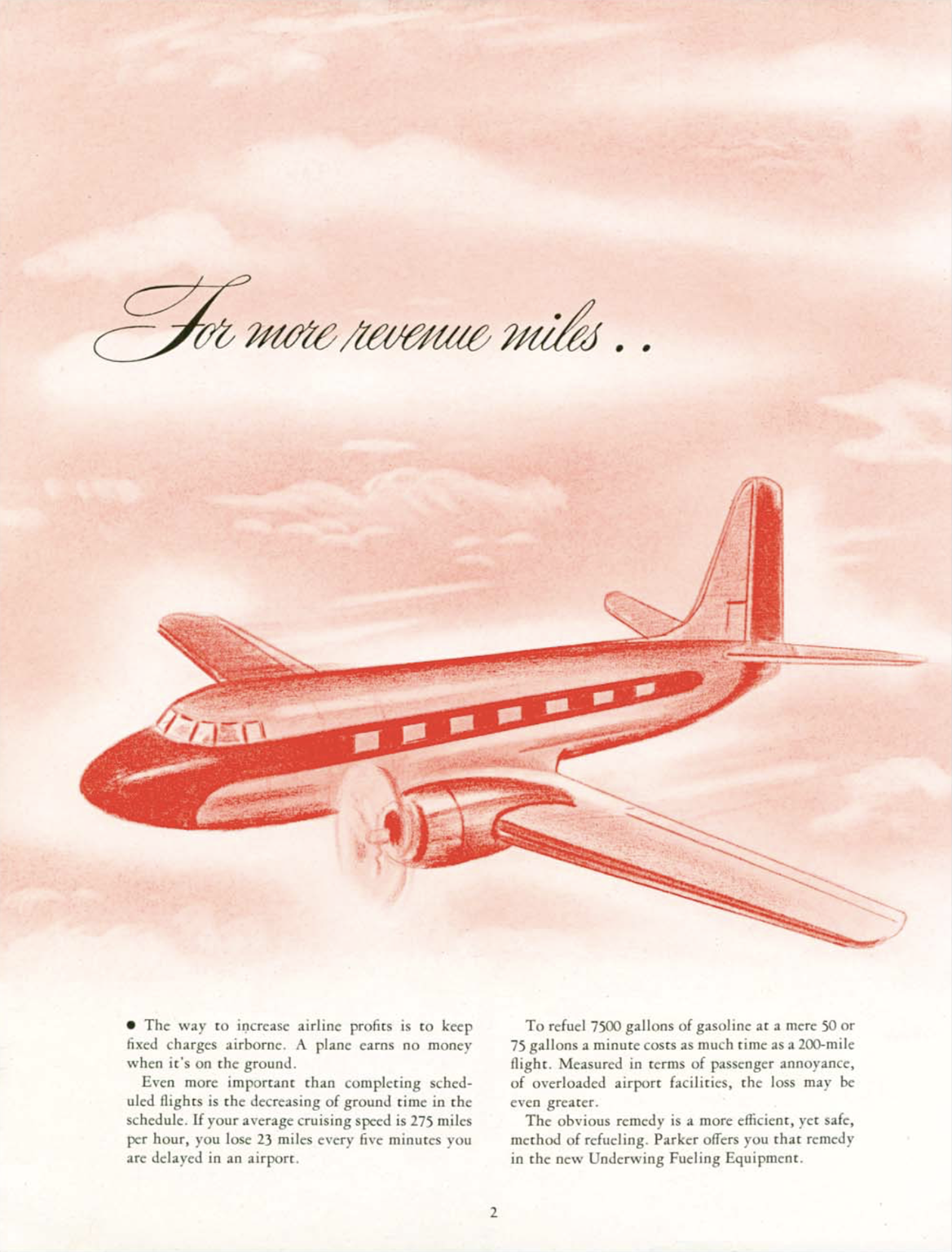 Parker Appliance Company was not for sale.

Management would strive to reduce the percentage of government business overall, while still increasing actual sales to government customers.

Corporate growth would be through a combination of internal research and development as well as acquisitions; however, Parker had to be the dominant factor in any proposed merger.

Acquisitions would be sought principally to expand and fill out fluid power component product lines.

Parker Appliance looked at itself and said that if one company (General Electric) can provide a total range of electrical components and electrical products, why should this not make sense for a total range of fluid components and fluid products?
This was probably the single most important management decision made in the history of this corporation.

Parker Appliance was the first to introduce copper tubing for hydraulic installations in the early 1930s. 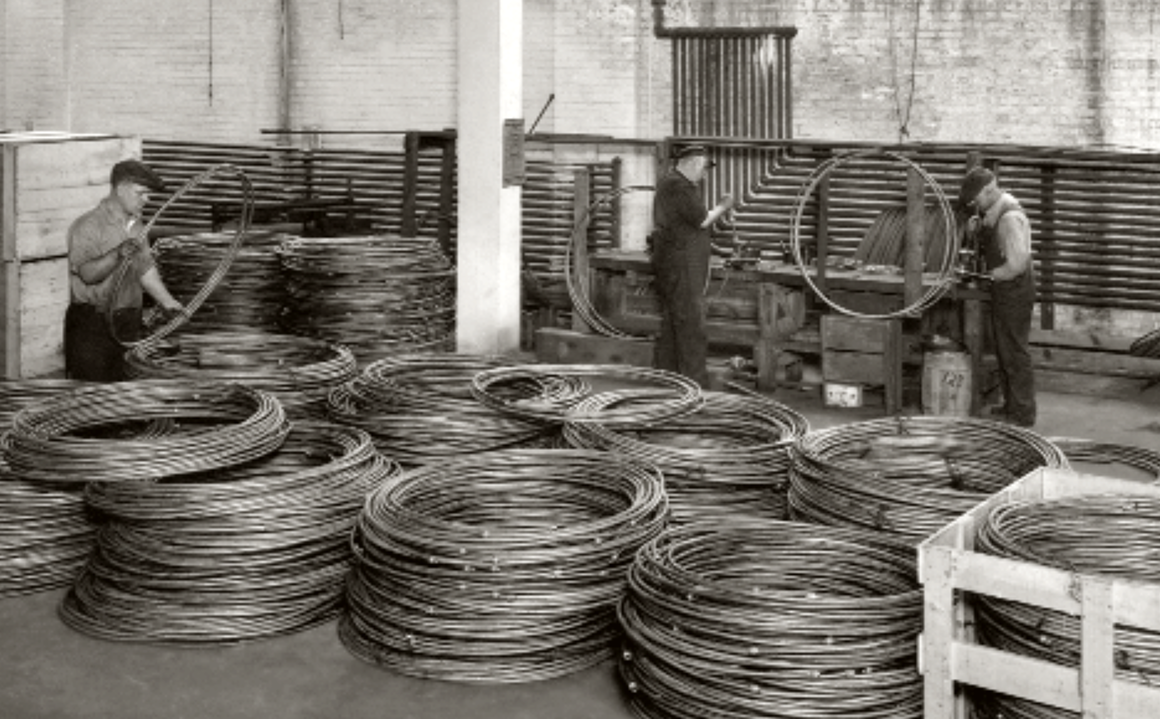 Entering the filtration market was the next logical step for the company:

"I noticed that filtration was everywhere. I mean filtration was a ubiquitous industrial function, and I thought to myself - you know, why do we have to confine ourselves to industrial hydraulics? Why can’t we become more broad-based?", Don Zito, vice president of operations of the Fluid Power Group at the time.

Decentralized management and the distributor concept.

This approach allowed for the diversification of products and elevated the company’s profile in a variety of markets. This also opened the door to the distributor concept. Because the divisions were spread across the United States and linked to acquired companies, distributors became key business partners, offering products directly to customers. 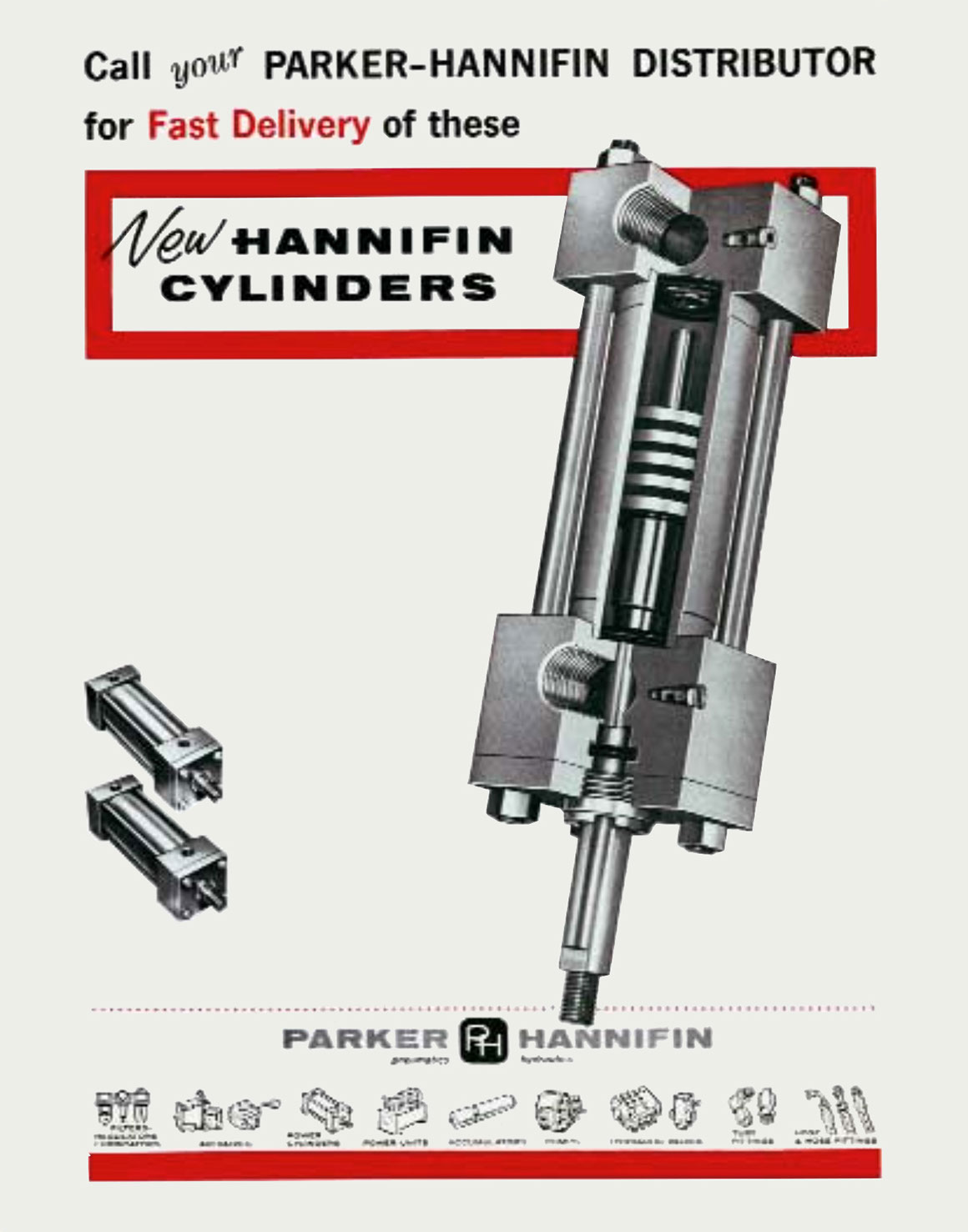 Part of Parker Hannifin’s evolution into a multibillion dollar global corporation involves its network of distributors. 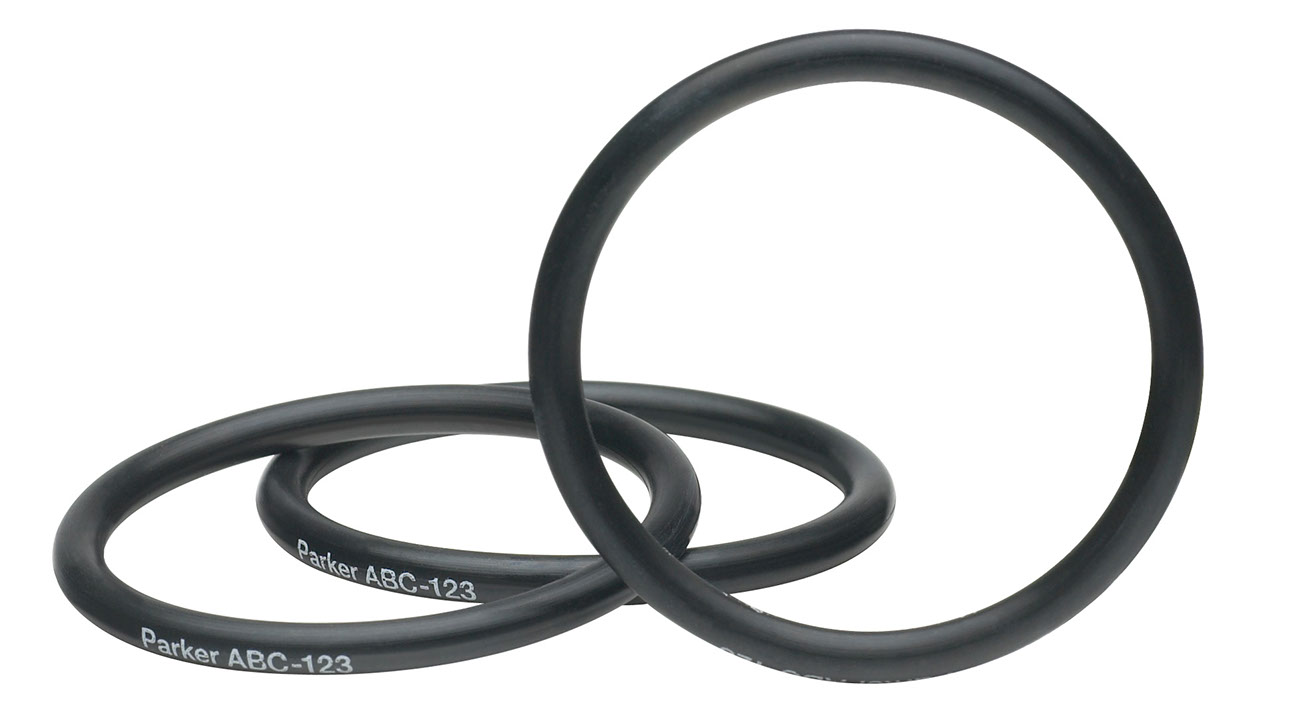 The idea of standardization.

O-Ring seals were quick to gain market positions in Europe and became popular products. But in Europe there was no concept of industrial standard for this equipment. Each customer would make a drawing and a spec for an application, and the order would be carried out individually. The company started to push for a standard and was successful particularly with large companies such as Fiat. This idea of standardization was also used for other Parker Hannifin products allowing for manufacturing locations established in Germany, soon followed in Italy, France, and the United Kingdom.

Parker and the world
of entertainment.

Parker’s diversified products for motion control are usually hidden within better-known products. While its expertise such as tiny O-rings aid a watch’s stem and Parker Hannifin pumps are vital to a car’s fuel system, these products are seamless in their function and rarely noticed.

Parker Hannifin’s involvement in entertainment dates back to 1975, when it provided the clenching bite of the shark in the film «Jaws». The Parker Servo Valves used in the great white shark controlled the amount, pressure, and direction of the fluid flowing through its body, helping it move.

Parker Hannifin technology would create an even more spectacular special effect for the film «Titanic», released in 1997—the sinking of a great ocean liner. The film’s ship was a 775-foot long structure, about 90% of the original Titanic, and Parker Hannifin had to move and submerge the enormous vessel. 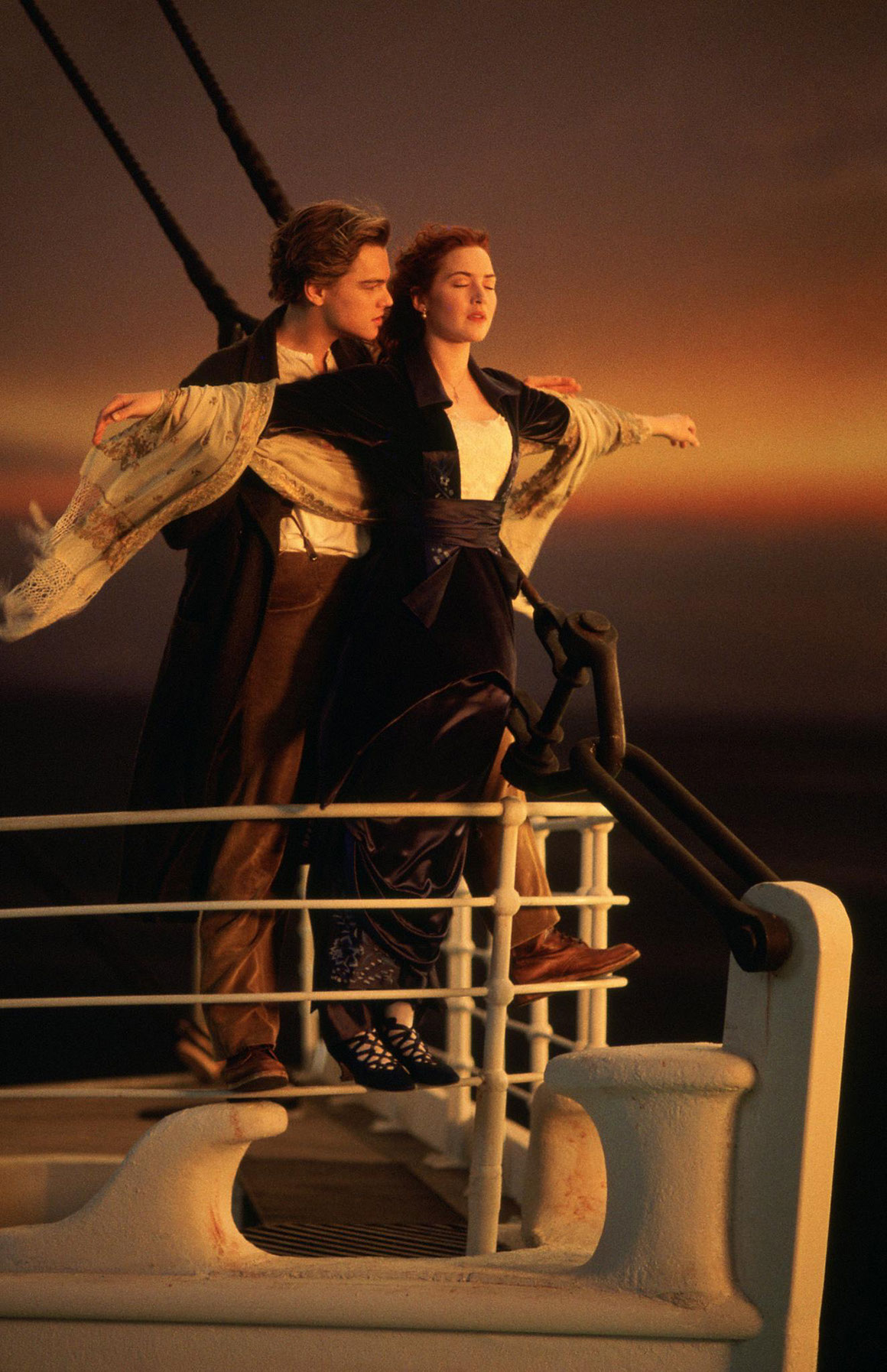 «Batman», «Jurassic Park», «Pirates of the Caribbean» and other profit-making films made use of Parker Hannifin various products.

Motion can be controlled by pneumatics, electromechanics and hydraulics - Parker has all the three technologies.

These included silicon rubber O-seals and O-rings, which were used to form the fastener and window mountings and the vital entrance hatch seal, periscope seal, emergency escape hatch seal, and the valve and instrument seal.

For example, Parker Hannifin parts were utilized by Apollo 11, from the beginning of its launch throughout the historic mission. Other examples of the applications included utilization of Parker fuel cell reactant supply modules from countdown to separation of the service module prior to re-entry, which controlled the flow of hydrogen and oxygen to the fuel cells that furnished complete mission electrical power - all of these Parker products has been used by NASA because of their superior reliability and precision.

Parker’s reputation as the supplier of precision and reliable hydraulic systems for aviation industry made it possible for the company to supply other products to the National Aeronautics and Space Administration (NASA) as well.

The Apollo 13 mission, as that of the previous two spaceships - Apollo 11 and Apollo 12, was landing on the Moon and scientific research. Parker Hannifin had designed and manufactured more than 120 components and assemblies used on Apollo 13, including products on the three booster stages, the command service module, and the lunar module of each Apollo mission.

Though this expedition turned out to be one of the most dramatic and heroic in the history of the space exploration.

“Okay, Houston, we’ve had a problem here,” - after a heater in one of the Apollo 13 oxygen tanks shorted, the oxygen

ignited. The resulting explosion destroyed the tank and blew a hole in the command module’s equipment bay.

Considerable ingenuity was required from the astronauts and NASA flight controllers to ensure a safe return. While this story is familiar to many, what is not known is that experts from Parker were called upon by NASA to assist the crew through the crisis.

Parker's reputation as a supplier of precise and reliable hydraulic systems for the aviation industry allowed the company to supply  other products for projects of NASA (National Aeronautics and Space Administration). 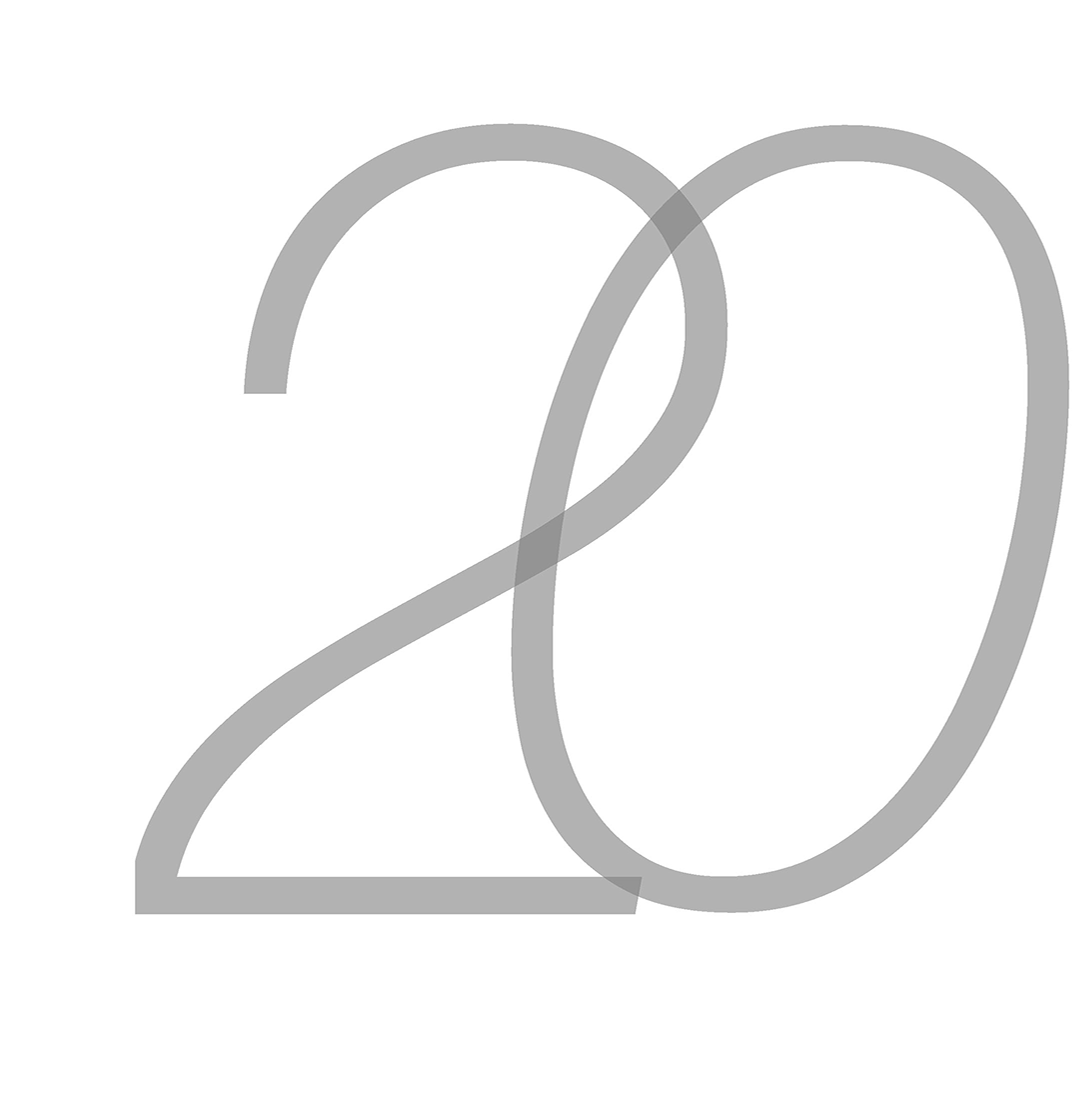 Parker Hannifin is a global company with its innovations touching on multiple aspects of our everyday life - from refrigirators to applications in renewable energy, life science and medicine; from regenerative braking systems for heavy machinery to all major aerospace programmes.
Future is difficult to foresee, but as 100 years ago Parker Hannifin is committed to new technologies, focusing on the customer and his needs, providing products and systems which are often second to none.

VSP has been working with Parker Hannifin since 1996. And although we have come a long way together as partners, each year we reveal a new potential and possibilities.

Twenty years of VSP cooperation with the partner-manufacturer Parker Hannifin is a respectable result of reliability and efficiency providing the foundation for development of relationships with our customers.