Maintaining the history of operations for over 40 years, MTL in the modern professional community stands for a recognized world leader in innovations and manufacturing of products for intrinsic safety, process control and surge protection. 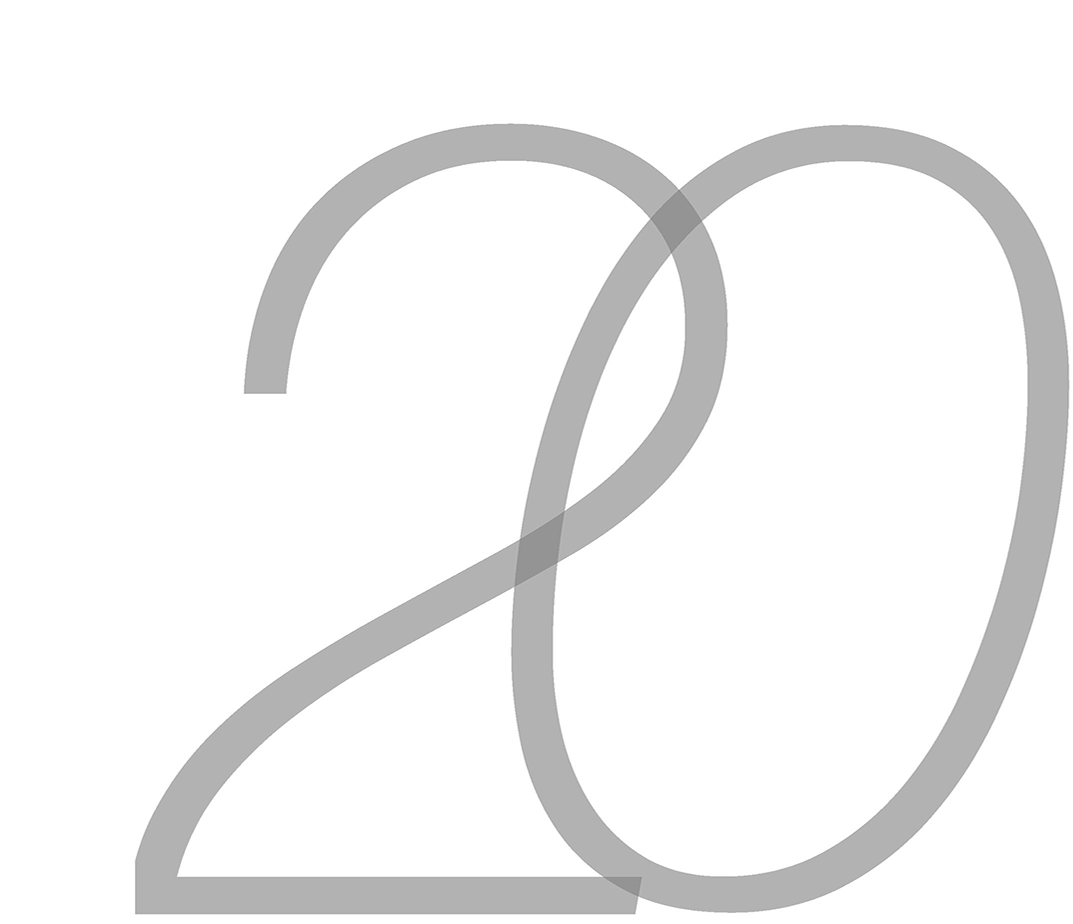 Over the course of two decades of VSP operation, MTL has remained our key partner. We are convinced that building an open and long-term relationship with the partner allows to present to a customer technologies, based on world-level engineering achievements: from a «simple» barrier, which became an international industry standard, to high-tech data processing
systems – industrial computers, input-output systems and other
up-to-date solutions.

Starting with the year 1996, VSP has been representing MTL interests in the markets of Russia, Belorussia and Ukraine, for more than 20 years already, from the very beginning of its activities. The established relationship could be described as a partnership.

The explanation could be found on many fronts: market demand in equipment of the manufacturer and VSP services, professional approach to customer task solutions, open relationship and long-term strategy – the partnership of such a level allows to successfully implement plans of today and reach beyond for further development.

Success of any company depends to a great degree on a business environment. We consider our company to be part of an ecosystem, where interests of all business participants are interconnected. Only such an approach will provide for best operational results, will make one more competitive, and in the end, stimulate growth of the company.

Business development requires the most efficient use of available resources. An ecosystem, as we understand it, is an integrated interconnected and interdependent environment embracing VSP partners and customers.

As of the 1st of September 2016 MTL company legal name is Eaton Electric Limited.

A family of shunt-diode barriers is the simplest type of an intrinsically safe interface for circuit protection in hazardous areas. MTL700 series launched in the market in 1984 became
an acknowledged world standard. 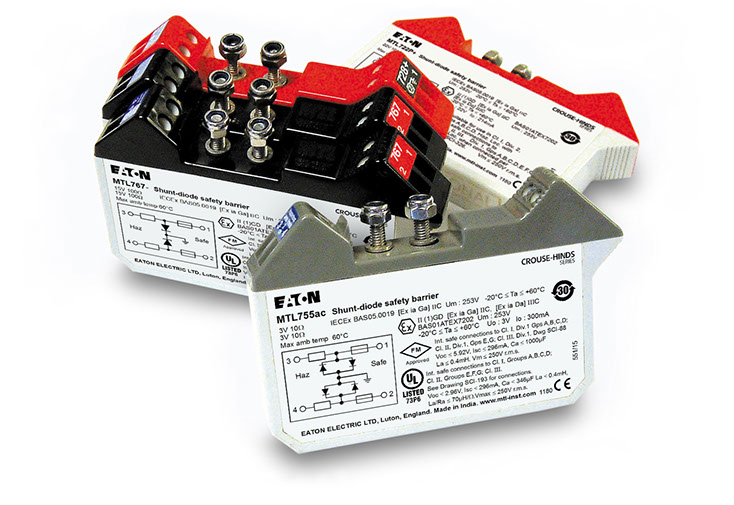 ... up to projects for drilling installations for Arctic in 2017.

The first intrinsically safe terminal was released onto the market
in 1996. (A German manufacturer GECMA Components Electronic GmbH – part of MTL from 2008).

For the last few years a VSP team succeeded considerably promoting Gecma solutions in the Russian market. As of today computer terminals are used in various applications at a wide range of industrial enterprises, including oil production drilling installations.

At a number of sites of one of the largest manufacturers «UralMash NGO Holding», Gecma Explorer panel computers are used to control drilling process. Gecma Explorer was chosen for innovative drilling installations of the «UralMash 6000/400 EK-BMCh «Arctic» project intended for operation in the environment of the Far North. 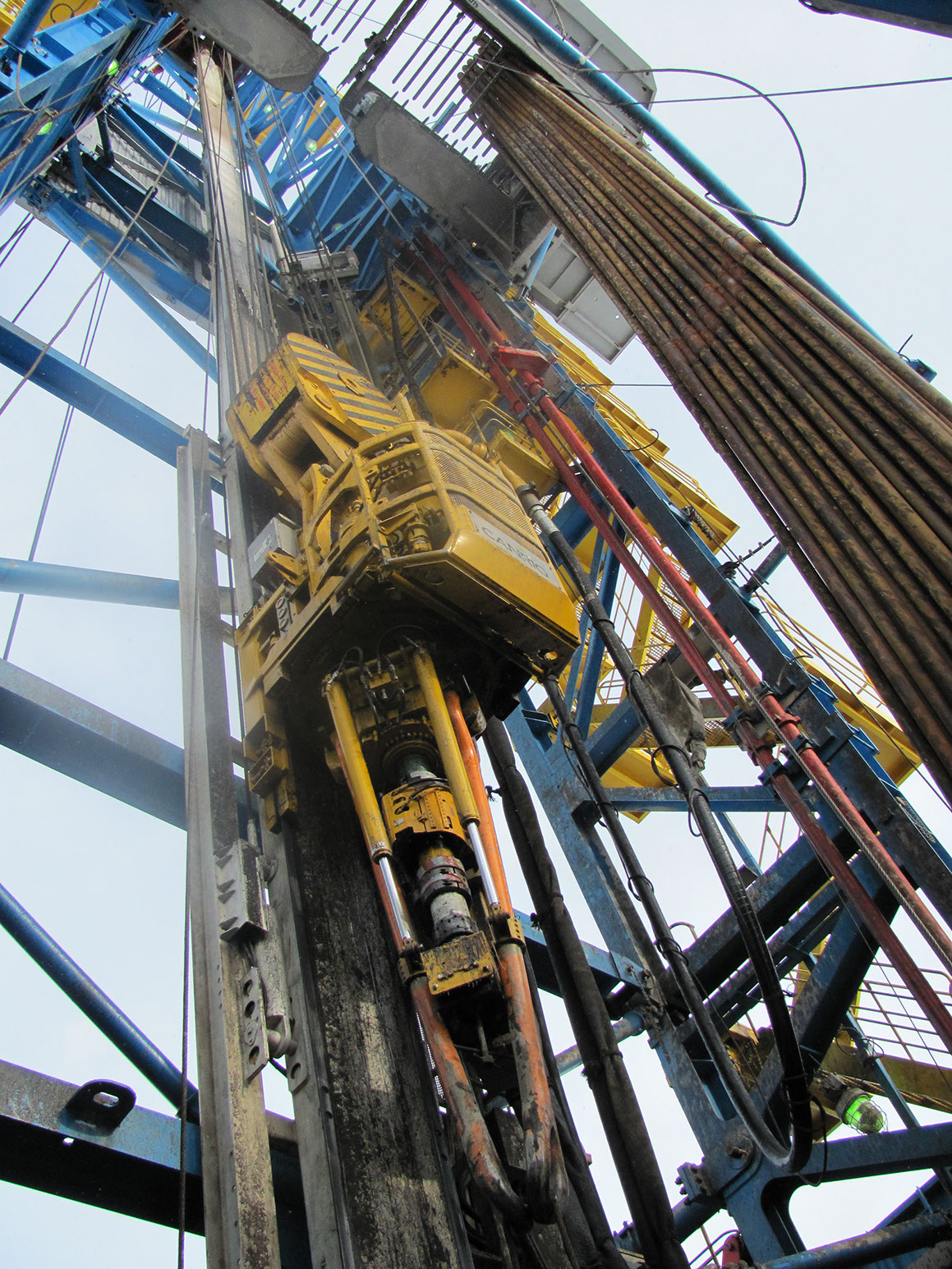 A rather small time span – about 40 years of MTL operation in the area of automation – incorporates the reflection of the industry technology development, market requirements and strategic plans of the manufacturer of intrinsic safety equipment.

Cooperation of VSP and MTL in the industrial process automation market keeps gaining new features and is characterised by a «new added value» for customers. 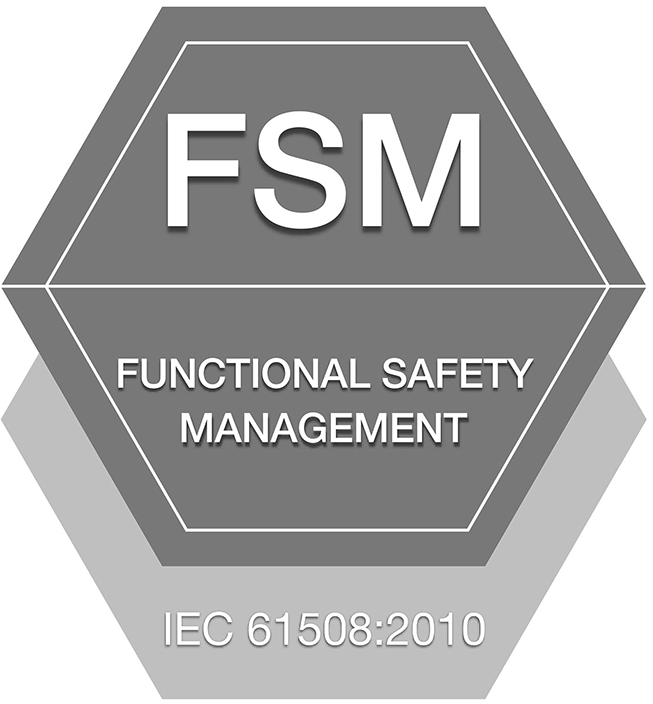 In March 2017 VSP together with MTL held a specialised seminar in Ufa dedicated both to theoretical aspects of the problem, as well as to implementation of the SIL concept on the basis of MTL equipment. The Ufa region for our company is of considerable interest as a big agglomeration of enterprises of oil processing and petrochemical sector, where up-to-date industrial process technologies are used.

From petrochemical enterprises of Belorussia to oil refineries of the Russian Far East; from drilling installations working in the Far North to pipeline companies of Kazakhstan – this is the geography of applications of MTL intrinsically safe equipment and VSP customers.

Starting with 2009 we have been actively marketing at enterprises of ROSNEFT located all over Russia. Furtheron this activity developed into a stand-alone big programme «ROSNEFT Special Customer» with a particular focus on MTL solutions. 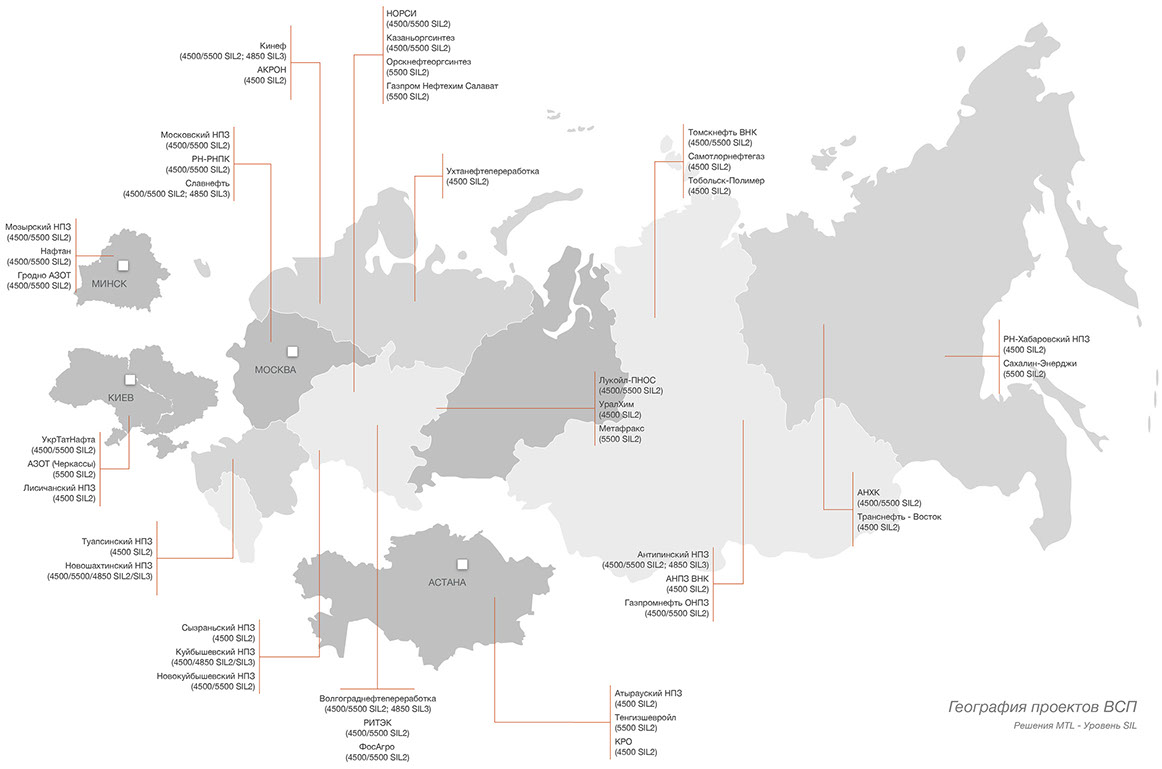 Innovations and technologies promotion – «Siberian Setup» … and not only.

One of the distinctive features of MTL is its commitment to continuous development. This is in the first place reflected in its innovative products and a strive to follow the best trends with the focus on market requirements and customer needs. Fieldbus technology could serve as an example.

First commercial applications of Foundation fieldbus refer to 1997. Since then millions of products were installed at industrial sites all over the world.

In 2008 a full scale refurbishment programme was launched at Omsk OR.

«Siberian Setup» – the headline of an article in the local newspaper on setting up a process control system for diesel fuel hydrocracker at «Gaspromneft-ONPZ». VSP representatives and MTL specialists provided for commissioning of a Foundation Fieldbus system at Omsk OR. 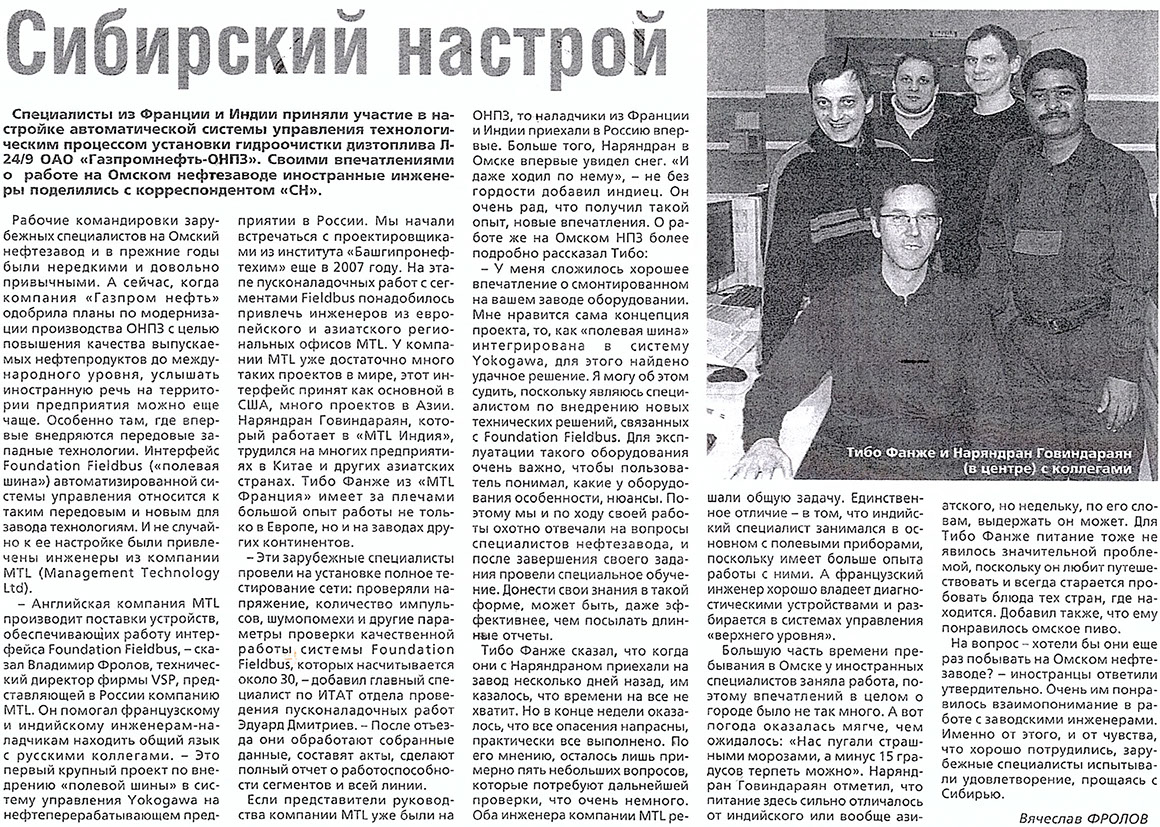 At the same time there are still some «blind spots» undermining 100% confidence in Foundation Fieldbus technology, in our market as well.

In May 2010 VSP carried out three presentations-seminars on Foundation Fieldbus application for project design institutes in
Saint Petersburg and for our long-term partner and customer –
the SPIK SZMA company. The seminar agenda covered an overview of a Foundation Fieldbus technology and case stories of implemented interfaces on the basis of MTL equipment in projects carried out with VSP participation.

Exhibition and advertising activities as part of marketing.

Formation of a comprehensive system providing for company awareness constitutes one of the main tasks of VSP operation in the market. A multifacet approach implies dealing with a wide range of questions, starting with a basic set – site, information materials, exhibitions, advertising activities – and up to special programmes aiming at development of a market standing of the partner-manufacturer.

Practically from the very beginning of VSP operation in the market we were actively participating in various industry exhibitions – from regional in Perm, Ukhta, Tyumen, Izhevsk at the beginning of the 2000s and to traditional participation in international oil and gas forums in Moscow, Ufa, Kazan, Kiev, Minsk, Almaty and Atyrau for many years.

For example, one of the interesting lines of work at the beginning of the 2000s at the exhibition «Communications. Expocomm 2005» and some other venues later on, was related to lightning and surge protection equipment by Atlantic Scientific, a company which became part of MTL in 2000.

VSP booths at the latest oil and gas exhibitions in Moscow 2016 and Ufa 2017 were dedicated to MTL solutions.

VSP exhibition activities in the first place are focused on presenting new developments and technologies by the partner-manufacturer. Joint participation with MTL in exhibitions, dedicated seminars, visiting enterprises, training VSP specialists engaged in MTL business line and a lot of other events in Russia based at VSP Moscow office or at MTL manufacturing sites, without doubt help to better present advantages of equipment and in a more professional way to comply with customers’ requirements and respond to market challenges.

A possibility to see and evaluate a manufacturing site for oneself is an important experience for users, allowing apart from anything else to make an objective judgement of the partner, a present or a future one. Such an understanding is especially important keeping in mind technologies providing for intrinsic safety.

A partnership implies the necessity to «synchronize watches» from time-to-time.

All over the years of cooperation our company has been taking part in international meetings carried out by MTL for its distributors and partners. Regular bilateral meetings of MTL and VSP help to better understand current tasks and forecast prospects.

We want to advance, keeping in line with the governing rule of VSP – do your job at the high level of the company standards and improve continuously. Precisely this approach – moving toward a customer task – has been and stays valid in the area of cooperation with our partner – the MTL company
as well.